After completing a small number of shows in both the UK and Europe, Australian band 5 Seconds of Summer have FINALLY announced a full-length arena tour! 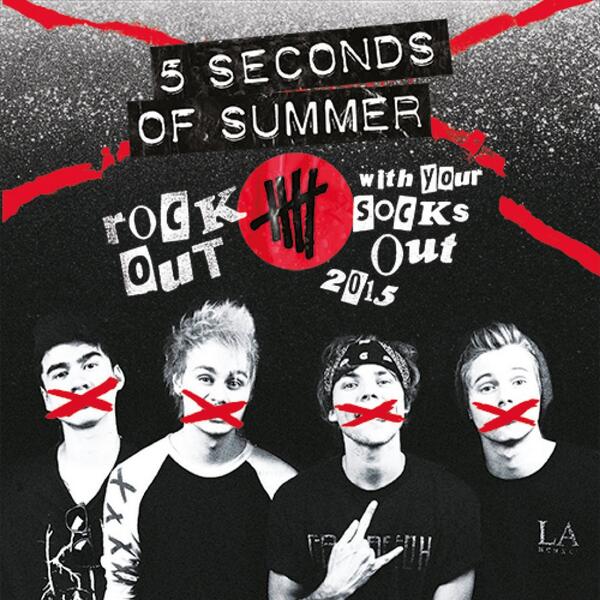 Luke, Calum, Michael and Ashton have confirmed the details of their first ever headline arena tour, which covers both places and we CAN’T wait to hear some of the tracks from their debut album LIVE!

‘Rock Out With Your Socks Out 2015’ will see the chart-topping foursome perform a number of live shows across the UK and Europe in May and June 2015, including a show at the NIA here in Birmingham on June 5th!

The UK tour dates are as shown below:

Tickets will be available at 10:00am on Friday July 11th!