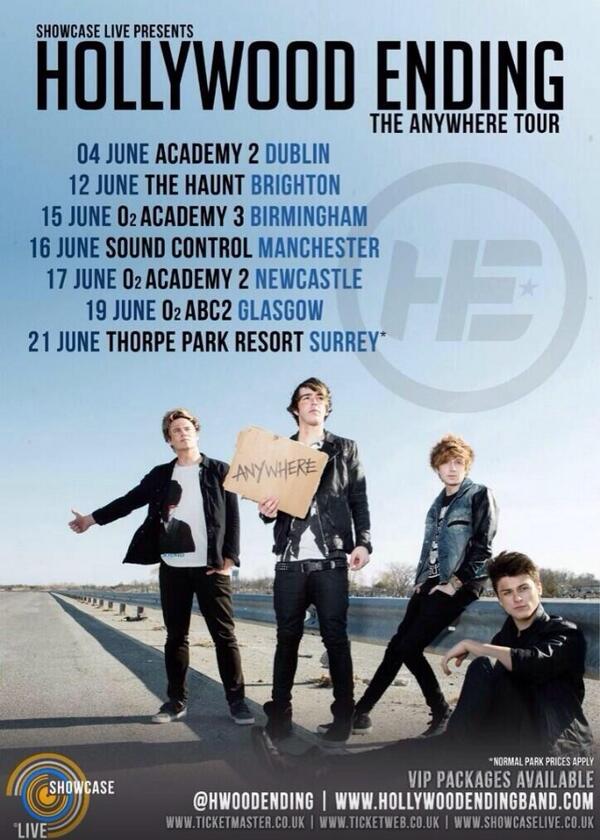 With an incredible line-up planned throughout the day and night, OMG Live was nothing short of a success as the Forum Live stage at the LG Arena was jam packed on Thursday night!

The event – with joint headliners Lawson and Union J – held an electric atmosphere with fans being able to alternate between seeing their favourite artists, some fresh faces on the music scene or stand in the sun of ‘The Yard’ with an amazing DJ set!

But like the majority of those attending the event, we made sure to see the incredible group that is… Union J!

The quartet, consisting of Josh, George, Jaymi and JJ grew in success during their time on Series 9 of the X Factor UK and have since released their debut album and three singles, which have all reached the Top 10 in the UK.

Fans were ecstatic to see the boys perform in Birmingham once again and were thoroughly entertained as the lads proceeded to have a laugh with one another much to the delight of their dedicated J-Cats.

Union J impressed with their relentless energy and obviously catchy tunes, making the atmosphere in the arena electric as their fans screamed the lyrics back at them, from the various songs they performed from their debut, self-titled album, including: ‘Beethoven’, ‘Head in the Clouds’ and ‘Lucky Ones’.

The groups second and third singles, ‘Beautiful Life’ and ‘Loving You Is Easy’ rounded off their incredible setlist – which was unfortunately too short for our liking as only 7 songs were performed.

Union J are definitely a group that people need to experience a live performance of.

They’re great fun, especially when showing their individual personalities, and also with great voices and incredibly catchy tunes, you will not be disappointed!

With the promise of a second album on the way, make sure to keep an eye out!

You can also see them at this years Fusion Festival! Tickets are on sale NOW!

Brumotions give their performance 5/5 Microphones!

(Brumotions does not own any of the photos used)

Many teens flocked to OMG Live yesterday at the LG Arena – Forum Live stage, for the event which featured both up and coming musicians, DJ’s and some of the finest names in pop including Ollie Marland and Hollywood Ending, to name a few.

The event was also joint headlined with Union J, where the night ended with possibly the most attractive band in pop – Lawson.

The band, consisting of Joel, Andy, Adam and Ryan burst onto the pop scene after gigging around the country and gaining a dedicated following of Geese (yes- the animal).

The band worked up the crowd with their high energy performance giving the venue an electric atmosphere. Fans were ecstatic to see the band after their time away from the spotlight to write their new material in which Front man, Andy Brown promises will be great.

Lawson make their performances look effortless, mixed with their great vocals and contagious personalities and stage presence just shows they belong on the stage, entertaining their adoring fans.

Lawson captivated the mainly teen female audience, with an array of their hits including, first single ‘When She Was Mine’, ‘Brokenhearted’ and ‘Learn to Love again’ mixed in with a surprise mash up cover of Swedish House Mafia’s – ‘Don’t You Worry Child’ and Flo Rida’s -‘Good Feeling’ which left the crowd wanting more.

The boys seemed stunned by the crowd reaction to their third single, Standing in the Dark, where they stopped and listened to the crowd sing the verse and chorus before continuing to play, showing their appreciation to the fans.

Unfortunately, their set list only consisted of 6 songs, which left us wanting more of Lawson.  The event felt a little rushed near the end as it was running over schedule meaning many had to leave early missing Lawson’s most recent single ‘Juliet’ which was a great ending to a great set.

Here at Brumotions we recommend that you see Lawson Live especially on their own tour as they are talented and know how to entertain and play an exciting live show.

Lawson are currently writing new material, and their new single will be out soon!

You can also see them at this years Fusion Festival! Tickets are on sale NOW!

We give their performance 5/5 Microphones!

(All images with our logo are our own)